The foodservice industry is one that is constantly undergoing a tremendous amount of change. While change often carries a negative connotation in foodservice, it can also be a sign of growth. Taco Bell and Qdoba are two players that have continued to tweak their menus resulting in new and innovative items that have garnered a significant amount of positive buzz. However, there is a difference between tweaking and starting from scratch.  Unfortunately for McDonald’s, finding a menu that connects with millennial consumers is not something the fast food brand can figure out. 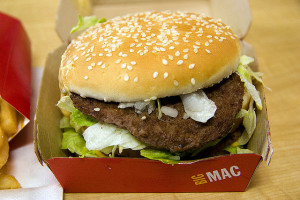 As an occasional millennial McDonald’s customer myself, it’s easy to see why the brand is losing appeal. Heck, it’s even difficult for me to admit that I eat there. The menu is huge and confusing, the food is not good for you and if you’re in a hurry, the ordering process really isn’t that fast anymore.

McDonald’s announced last week that they will be cutting eight items from its menu beginning in January in an attempt to fix these issues that many other millennials are frustrated with as well. It will also cut five items from its newly revamped Extra Value Menu. These changes are paving the way for the new service platform called “Create Your Taste” that will allow customers the ability to customize their burgers or chicken sandwiches.

While this idea of customization certainly sounds like a huge step in the right direction, one has to wonder, is it too little, too late? We are constantly pointing to brands like Chipotle and Panera that seem to just “get it” when talking about the millennial generation. Both brands offer fresh food faster and are known for creating environments that customers want to spend time in. Unfortunately, McDonald’s has lost touch these core millennials values that once made it so successful. People no longer associate McDonald’s with being a quick stop for a tasty meal at a reasonable price. Instead McDonald’s is now associated with obesity and pink slime.

Fortunately, the fast food giant has done its homework and is beginning to publically address the negative buzz surrounding the brand. After all, the first step in overcoming a problem is recognizing it, right?  McDonald’s CEO Don Thompson has openly recognized the issues and, to his credit, McDonald’s is making strides in an effort to address its menu health concerns moving into the New Year.

As part of its transparency campaign, “Our Food, Your Questions,” McDonald’s has been working with former Mythbuster, Grant Imahara, to dispel some of the negative myths associated with the brand. The campaign has received mixed reviews. Many skeptics and McDonald’s naysayers have made claims that the company is only being halfway transparent with this new campaign. They argue that McDonald’s is still keeping the public in the dark about the large amounts of antibiotics and additives used in its ingredients and menu items.

McDonald’s is often considered about as American as cowboys, baseball and apple pie, but the brand has truly come to a turning point. Millennials are re-imaging the fast food industry and are driving new food marketing trends of tomorrow. The only question is, how will McDonald’s respond and will its next menu give it the turnaround it needs?