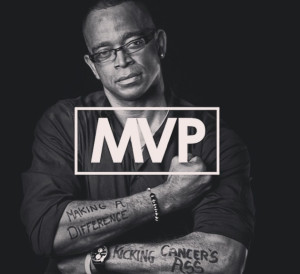 Stuart Scott, a game changing Sportscaster and Anchor on ESPN, lost his battle with cancer on January 14, 2015

My Sunday morning began as many others had, rolling out of bed, Sunday brunch and watching football. Sports have always been a huge part of my life and much of that can be attributed to my love of SportsCenter. While Ron Burgundy may have laughed at the idea of a 24-hour sports news network, America has obviously embraced the concept, as sports have become a critical piece in our culture today.

This particular Sunday was especially different, for when I turned to SportsCenter, the top story was not the breakdown for NFL Wild Card games, but instead the passing of longtime ESPN anchor Stuart Scott. America has grieved together over the loss of countless celebrities, but Stuart was different.

Stuart Scott did more than read off the top stories and scores of the night. He helped bring sports into the 21st century.

I still remember reading the news that Scott was diagnosed with cancer seven years ago. I remember tearing up watching his inspirational ESPYs speech and accepting the Jimmy V Award. But what I’ll remember most about Scott is not any of his highlight reels, Top 10 Rundowns or athlete interviews. What I’ll remember most about Scott is a single statement from that night at the ESPYs: “You beat cancer by how you live, why you live, and in the manner in which you live.”

While I didn’t know Scott personally, I felt as if I did in the way he spoke to me as a sports fan and as a person. It didn’t matter if he was talking to one of the greatest athletes of all time, to another ESPN analyst, or just an Average Joe, the charisma and character he brought to the newsroom helped welcome in a new wave of sports fans. His style was simple. He spoke his mind and asked the questions that others would never think to ask. It was clear that the way he approached his job each day was a true reflection of the way he lived his life.

All too often, sports stories are riddled with issues of discrimination, scandals and domestic dispute. Stuart Scott, on the other hand, is everything that is great about sports. He was the fiery underdog that you couldn’t help but root for. His passion brought important issues to the forefront of American television and truly changed the way we think about sports and TV personalities. He paved the way for minority journalists everywhere, and did so with a smile.

So why did I choose to focus on Mr. Scott for a blog on millennial marketing? Stuart Scott won the hearts of millions by just being himself, speaking transparently and truthfully to his audience and athletes alike. He truly beat cancer by living his life to the fullest, each and every day.

Millennial or Gen X, black, white, purple or yellow, that’s the type of person everyone should strive to become. Thank you Stuart, rest in peace.