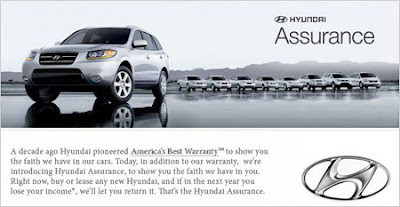 Microsoft just completed a study in January that concludes, predictably, that “Automakers Should Turn to Technology to Target Millennials“. While not a ‘newsflash’, it is nevertheless interesting to know that Millennials want to connect with car companies through IM (56%), company blogs (74%) and mobile alerts (52%) about new car releases and price drops. Fifty-two percent said they would use self-service kiosks or mobile devices at the dealership rather than talk to a real person. My hunch is that most Millennials would never set foot in a dealership until they were fully armed with all the comparison shopping information they need.

One of the more interesting, and somewhat less predictable findings, is that “44 percent sought to network with other auto enthusiasts through automotive company-supported social networking sites, Facebook or MySpace groups….Large percentages of millennials report they will seek advice from third-party consumer Web sites (65 percent), third-party consumer blogs (45 percent), friends or colleagues via social networking sites (61 percent), and friends and family (87 percent).”

Mercedes Benz is using social media to connect with Millennials. The site is called “GenerationBenz.com“. Launched in December, it requires a pass code to enter and provides moderated discussions with Mercedes employees and other enthusiasts. The community is still small but credit goes to Mercedes for reaching out to Millennials this way. Scion offers similar community tools for owners and prospects.

Personally, I think the main barrier to Millennials purchasing cars is not technology, it’s financing the new purchase and reducing the risk of not being able to pay back the loan. Ads for Hyundai’s ‘Assurance’ program guaranteeing to take back cars if the owners lose their jobs are likely to catch the attention of many Millennials when they air on the SuperBowl this weekend. While not specifically directed to Millennials, the Assurance program message is sure to resonate: According to MediaPost:

Two ads for the Assurance program carry messages like: “In times like these, buying a new car is a big commitment. So what about the company selling it to you–how committed are they?” and “Whenever you buy a new car, you have to sign a contract. But what about the company selling it to you? Where’s their signature?” The ads direct viewers to HyundaiUSA.com for details.

My recommendation to the automakers: focus less on the technology and more on making a car purchase seem realistic and smart. One Millennial friend of mine tried using Zipcar, but gave it up as unrealistic. A creative offer for ‘car sharing’ or pooling with a friend or roomate might strike the right tone?