Gen Y Food Preferences: You Are What You Eat 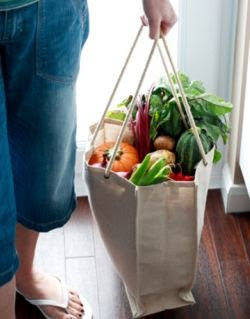 Generational differences exist in values, media usage, career goals, entertainment choices. Now there is evidence that what you like to eat may say a lot about what generation you belong to. (Mediapost 7.31.09)

* Boomers prefer “classic” comfort foods such as braised meats, casseroles and ice cream, but many also enjoy gourmet choices such as high-quality dark chocolate and fancy cheeses. They crave foods from their childhoods such as peanut butter, popcorn, foods made with canned tuna fish, chicken noodle soup and hot oatmeal.

* Gen Yers are also partial to burritos and ramen noodles — but in contrast to other cohorts, many also include healthier foods, including sushi and fruits, among their favorite comfort foods. They are less inclined than Gen X to associate specific brands with comfort foods.

The research also identified top trends in “comfort foods”. Gen Y pastry chefs and a desire to start the day with a “protein burst” are driving a trend toward ‘breakfast for dessert’. “Boxed cereals, already found in snack bars and frozen yogurt shops, are now turning up in desserts, along with desserts such as “glamorized” versions of French toast, waffles and doughnuts.”

Other humble foods such as meat loaf, meat pies, and macaroni and cheese are making a comeback, with ‘fuller flavors and natural or leander meat blends’. Even the lowly casserole appears to be due for a Millennial makeover as one-dish meals come back into favor and receive ‘artisan’ spin with natural and organic ingredients and updated flavors: “”New” casseroles replacing processed ingredients with fresh ingredients, including vegetables and “contemporary” proteins such as turkey, crab and shrimp.” .

This new research contributes to growing evidence that Gen Y is made up of a high proportion of food sophisticates who are willing to put in the effort to create healthier, more flavorful dishes at home and demand better fare from restaurants. According to Mintel, young parents are among the most enthusiastic shoppers at Farmer’s markets and food co-ops. (Mintel, “Local Procurement” Feb 2009). Just six percent of those without kids buy local goods at farmers markets, compared to 9% of those with kids.