Are Millennials Watching More TV? Or Are They “Lost”? 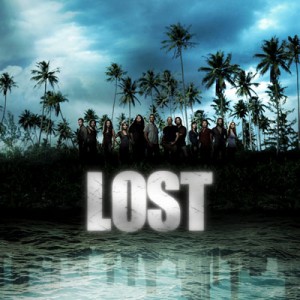 Last week I asked my sophomore marketing class if they had any ‘must watch‘  TV shows? To my surprise they do! Lots of them — 30 Rock, The Office, Family Guy, Lost and more.  In the past when I have posed this question, I would be informed that “Notre Dame students don’t have time for television” (other than sports and high profile events).

What’s changed? Now TV doesn’t have to be watched on a TV screen.

Millennials in my class say they are more likely to access TV shows streamed or downloaded online, via DVD, or recorded on a DVR than live. Emily Cook, a student in my class says,“Personally I like to watch America’s Next Top Model online, since I am rarely near a television when it plays at its regular time on TV.”

When Nielsen began tracking college students’  on campus TV habits in late 2004, they discovered students watched 221 minutes of television a day, mostly in late night and prime time. This was higher than had been previously thought.  According to Pew, 57% of Millennials (18-29) watched at least one hour of television in the past 24 hours.

I have not been able to document whether students are watching more or less TV than they were five years ago (help me anyone?), but I strongly suspect it is more.  According to Nielsen’s Online Video Census, online streaming of video was up 41% in August 2009 vs. year ago. In December, it was up 13%.

It’s unlikely all of the time spent streaming shows to computers and other devices is a direct replacement of hours watching traditional broadcast or cable TV.

Online viewing supplements rather than substitutes for TV watching in many instances, or is even duplicative. According to Notre Dame Marketing student, Chris Kratchmer, “Most of the online viewers for the major networks are people who missed a new episode of a show over the air and want to catch up before the next new episode.”

My suspicion that total TV time is on the increase was echoed yesterday by Jason Potteiger in his essay for TheNextGreatGeneration blog, “TV’s Missed Opportunity“:

Because of the Internet, people are watching more TV, not less. So why are premium content producers losing money? The ability to pick “what” and “when” in consuming TV content has led to a sharp increase in the hours spent in front of our screens watching TV. Though, it might not seem obvious because companies like Nielsen still aren’t measuring this accurately (not to mention all the illegal consumption going on as well).  By a sharp increase, I mean a-wicked-lot-more people are watching tons more TV. Old media can no longer satisfy this new thirst for content. We’re talking TV seasons in a day.  An entire series over the weekend. You just can’t get that on TV or even most websites that provide content along with ads. TV is simply unable and the latter (e.g. Hulu) has its hands tied because of low ad rates.

In response to these viewing shifts, The CW announced last week that  it would increase the amount of advertising included in the shows they stream online (AdAge, 3.26.10). Online breaks will now match the length of breaks on its broadcasts. Some CW shows have online viewership comparable to their television audiences, a phenomenon enhanced by the fact that The CW does not syndicate its shows to other sites. If you want to watch “Vampire Diaries or “Gossip Girl, the CW’s site is the only option.  Even so, there is a 75-hour delay between the debut of a new episode and its appearance online in order to protect TV ad dollars.

Right now, shows on Hulu and ABC Family run significantly fewer ads than appear in the same shows on television. That will most likely change as more and more consumers take to watching online and networks need to replace the lost advertising revenue.

Hulu has been considering charging a monthly fee of $4.99 for unlimited access to shows. According to my students, The CW approach is much preferred. All said they would rather watch commercials than pay for content. This sentiment is not limited to Millennials. A global Nielsen survey found the unwillingness to pay for online content cut across most demographic groups, although about half (47%) say they would accept more advertising to avoid paying (that figure is as high as 54% among Internet users age 21-24).

The alternative to paying may be more illegal downloading, especially among Millennials.  Jason Potteigger writes:

Denying content to consumers hungry for it is simply bad business. People that download to get content are no more guilty of stealing than media companies are guilty of missing a smart opportunity. And so I ask, why should we not download it? Premium content producers are either unable to find a creative ways to meet our demand or ignorant to it.

People like TV and they’re watching more of it than ever before. Further, most audiences accept ads as a “necessary evil,” and enjoy Hulu immensely. In fact, most Gen Y-ers probably pay more attention to the ads on Hulu than the ones they’re skipping over with the DVR on their TVs.too bad that Hulu isn’t getting the ad dollars it’s backers hoped for. But, as any good capitalist would argue, that isn’t the consumer’s problem. They are not into sitting down at 7:00pm, and only 7:00pm, to watch their shows anymore. And, what if they want to catch the whole season? People pay over $100 a month for cable TV and Internet already! They want some slack. Eyes are valuable and they are on the screen(s), so as Tim Gunn would say, “Make it work.”

What’s clear is that TV is not going away. Millennials want high quality video and they are willing to watch ads in order to get it. What they won’t accept is only having to watch it on a TV screen.