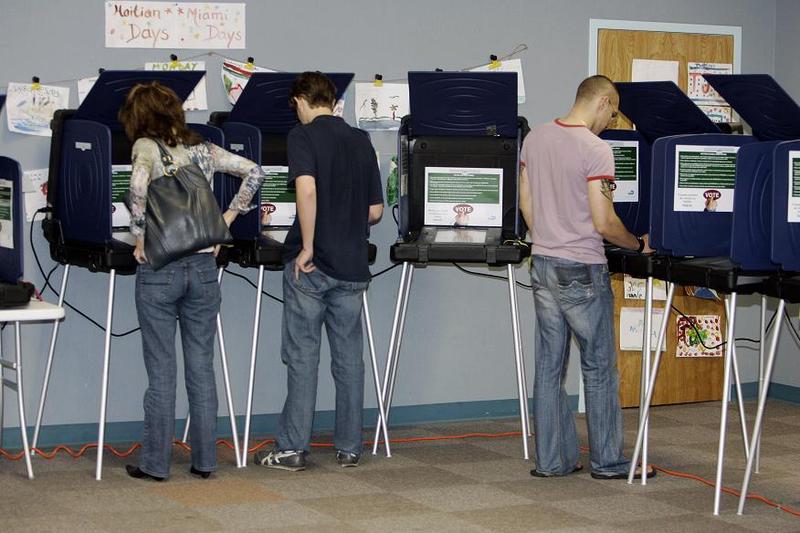 Political Arithmetic: What Do Millennials Want? Today’s lower than expected jobs report is a downer for everyone, but especially for Millennials. By all accounts, Millennials have been hit harder by the Recession than any other age cohort. Over half of all Millennial college grads are either unemployed or underemployed and many are facing crippling debt with no idea how they will pay it. The long-term toll on lifetime earnings are still unknown.

With a higher than average percentage of undecided voters among those who are voting for the first time or the second time in their lives, both political parties calculate Millennials could make the difference between winning and losing. Millennials were credited with 8 million of the 9 million or so votes that made the difference in 2008.  That explains Obama’s trip last week to Iowa and Ryan’s visit to his alma mater, Miami University in Ohio. Look for more ‘get the vote out’ efforts and swings through college campuses in the next 50 days.

The efforts of both parties may not penetrate, however. Millennials, at least until now, are not really tuned in. They are strangely unengaged.

With their futures more on the line than any other cohort’s, it’s worth asking: What do Millennials want? What will it take to engage them this election season? Here are three suggestions:

1. Don’t Experiment with My Future

In response to a David Brooks New York Times op ed, “The Elevator Speech,” in which he laments that Obama’s policy plans seem to lack big audacious ideas in favor of  proposals that “seem bite-size,”‘ Terry McKenna of Dover, N.J. writes:

Hate to break it to Mr Brooks, but some of us who support Obama do not want big ideas. All we want is a person who does not want to destroy what we have now – that is, limited government with a safety net – and replace it with an experiment in low taxes and reduced government (with its reduced safety net) an experiment that we thought was concluded in 1929.

I don’t know Mr. McKenna’s generational cohort, but he may speak for many who in the vernacular of Harvard Behavioral Scientist, Dan Ariely, are more interested in avoiding loss than in seeking gain. According to the U.S. Census, the ‘safety net’ defined as living in a household receiving government benefits of some type, touches over 50% of U.S. Households. Millennials are probably the least directly affected, especially as nearly half goes to Medicare and Social Security. Yet, they probably have parents or grandparents who would be affected. Given that the budget is a constant sum sport, any reduction in entitlements will be viewed as ‘loss’, even if the longer term gains are in their self-interest.

Implication: Grandiose promises and deep cuts are not credible and potentially scary. Don’t talk about $4 Trillion deficit reduction programs. Instead, talk about practical ideas for addressing known problems like reducing the cost of health care, levelling the playing field in access to quality K-12 education for all, improving energy independence and addressing trade issues.

Millennials are disgusted by the loose use of facts by both parties. They  understand that everything is now instantly subject to fact-checking, via Google, Jon Stewart or even, if all else fails, newspapers like the Washington Post or New York Times. Bending the facts to fit your argument is not considering slant, it is considered lying. When lies are delivered in impassioned tones, they tune out.

Implication: The debates are going to be more important than the conventions or TV ads in shaping Millennial opinions. All four candidates had better have their facts in order and deliver those facts in a reasonable tone of voice to be effective.

3. Don’t Ignore the Elephant in the Room – Global Politics

Millennials are  global citizens as well as American citizens. They are deeply interested in ending the Afghanistan war, fighting terrorism, global politics and the shifting role of America in maintaining world order.They have traveled, studied overseas and have friends in every corner of the globe. Many have friends or family in the military. They have taken economics and know China underwrites our bonds, the European crisis is also our crisis and that isolationism isn’t an option. Their high school and college years were colored by war.    To date, there has been insufficient debate on the size and role of the military, the relationship of world economies to our own, and how we  plan to deal with Iran’s nuclear ambitions.

Implication: To engage Millennials, both candidates need to articulate their goals and plans for promoting international peace and their likely response to different possible scenarios. It’s not enough to say that the parties are more alike than different on this score. The economy is important, but the economy is highly influenced by defense spending. A more comprehensive approach to both the economy and international affairs is what they want to hear.

For more on this subject see:

The Institute of Politics Talks Millennials in the 2012 Election Cycle at the DNC, Harvard Kennedy School blog, September 6, 2012

Rove: The President’s Fountain of Youth is Drying Up, WSJ, September 7, 2012