If you don’t already know Millennials are obsessed with social media, you must be living in a cave. They have all the social media-related bells and whistles downloaded on their mobile phones and iPads, and bookmarked on their computer browsers.  In fact they’ve been called “Digital Natives” for a reason. 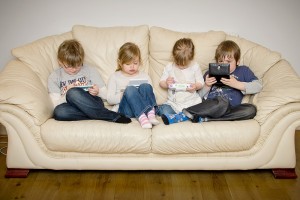 Recently, Fruit2O Flavored Water launched a petition on Facebook called Dial-it-Back. The purpose of this campaign is to have Facebook create a “Dial it Back” button (much like the ubiquitous “Like”, “Comment” or “Share” buttons), in order to empower users to send a message to those “Habitual Oversharers, Political Yammerers, and Selfie Posters” to enlighten them that their social media usage is just too much.

The petition aspect on Facebook also allows users to download a Fruit2O “Dial-it-Back” app, which aggregates all your posts, organizes, counts and analyses them and can inform you if you, too need to “Dial-it-Back”. The app hopes to give users a “refreshing application of balance and restraint.” Additionally, liking Fruit2O on Facebook enters users into a sweepstakes for a chance to win prizes including a trip to Florida Keys, Noise Canceling On-Ear Headphones, or a 6-pack of Fruit2O.

According to our research report “American Millennials: Deciphering the Enigma Generation,” Millennials are 2.5X more likely to be early adopters of new technology. In fact, 26 percent of Millennials say they “are usually one of the very first to try (new technology)” compared to only 10 percent of non-Millennials.

These statistics show the trends through social media that Millennials absorb. They’ll eat up the latest and greatest technology, but when is too much? Fruit2O is trying to target Millennials by having fun with it and steering the opposite direction.

In the short time since the campaign was launched, even with limited funding, the brand’s fan base increased 3-fold and engagement increased 100-fold.